Arts and Crafts Through the Ages

Home » Blog » Arts and Crafts Through the Ages

From the ancient Egyptians to the Vikings, humans have been getting crafty for thousands of years.

In this blog, we’ll be looking at famous examples of arts and crafts through the ages.

They may be best known for the pyramids, but ancient Egyptian arts and crafts can tell us a lot about this fascinating civilisation. 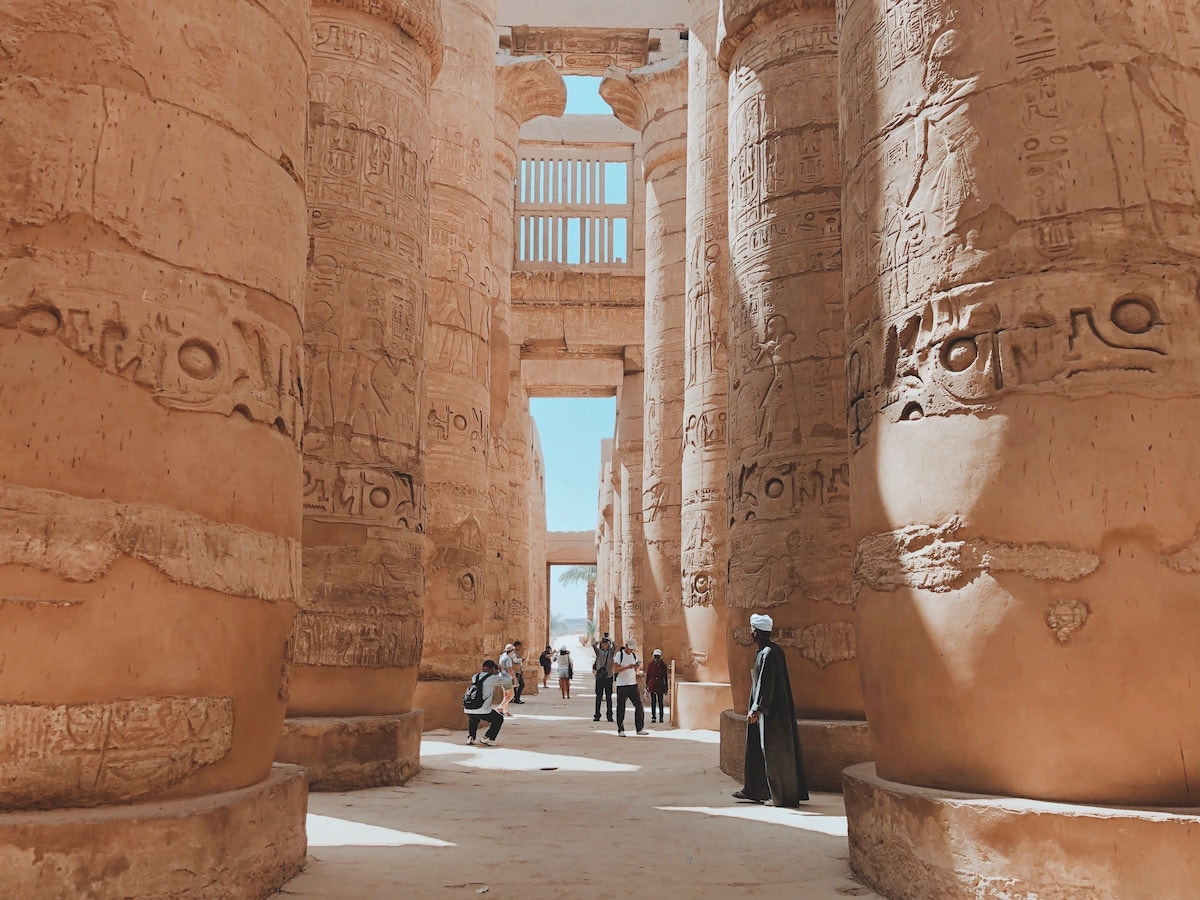 Photo by Ali Hegazy on Unsplash

Many ancient Egyptian wall paintings have been found in temples, or in the tombs of the Pharaohs or other important people.

These paintings were not for decoration but were used to ensure a safe passage into the afterlife. Because of this, many of the paintings featured depictions of a happy afterlife, as well as different ancient Egyptian gods.

Ancient Egyptians were known for their giant works of sculpture (such as the Sphinx) but they also created smaller, more ornate sculptures. Some of the most famous examples include the bust of Nefertiti and the  Mask of Tutankhamun. 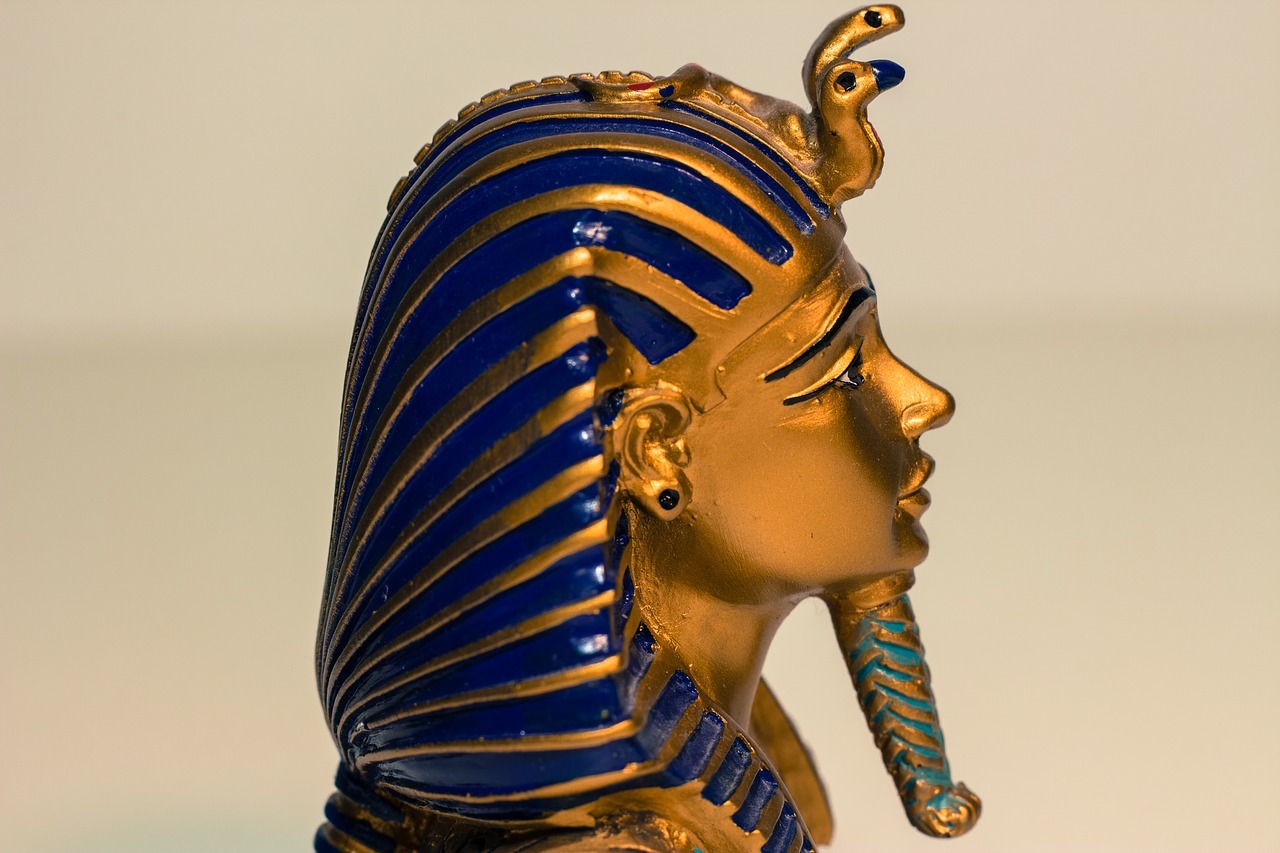 Image by Maaark from Pixabay

Canopic jars are another famous example of ancient Egyptian sculptures. These jars, used in the mummification process, were either carved out of limestone or made out of pottery, with lids that were made to resemble the heads of ancient Egyptian gods.

Judging by the gold finery discovered in many Egyptian tombs, it seems that ancient Egyptians loved to adorn themselves with jewellery, but it wasn’t just for decoration.

Instead, ancient Egyptians often wore charms (known as Amulets) as necklaces or bracelets, that were believed to provide protection from evil spirits.

If you, or your kids, are feeling inspired by the history of ancient Egypt, why not give some of these Egyptian-inspired crafts a try:

‘Classical Art’ is a term used to describe both ancient Greek and  Roman arts and crafts.

Both ancient Romans and Greeks were highly skilled artists and craftspeople and produced many famous examples of arts and crafts, including:

The floors of Roman buildings were often decorated with mosaics, by taking hundreds, or even thousands, of tiny stones, called tesserae and arranging them into an image held together by concrete (also a Roman invention). 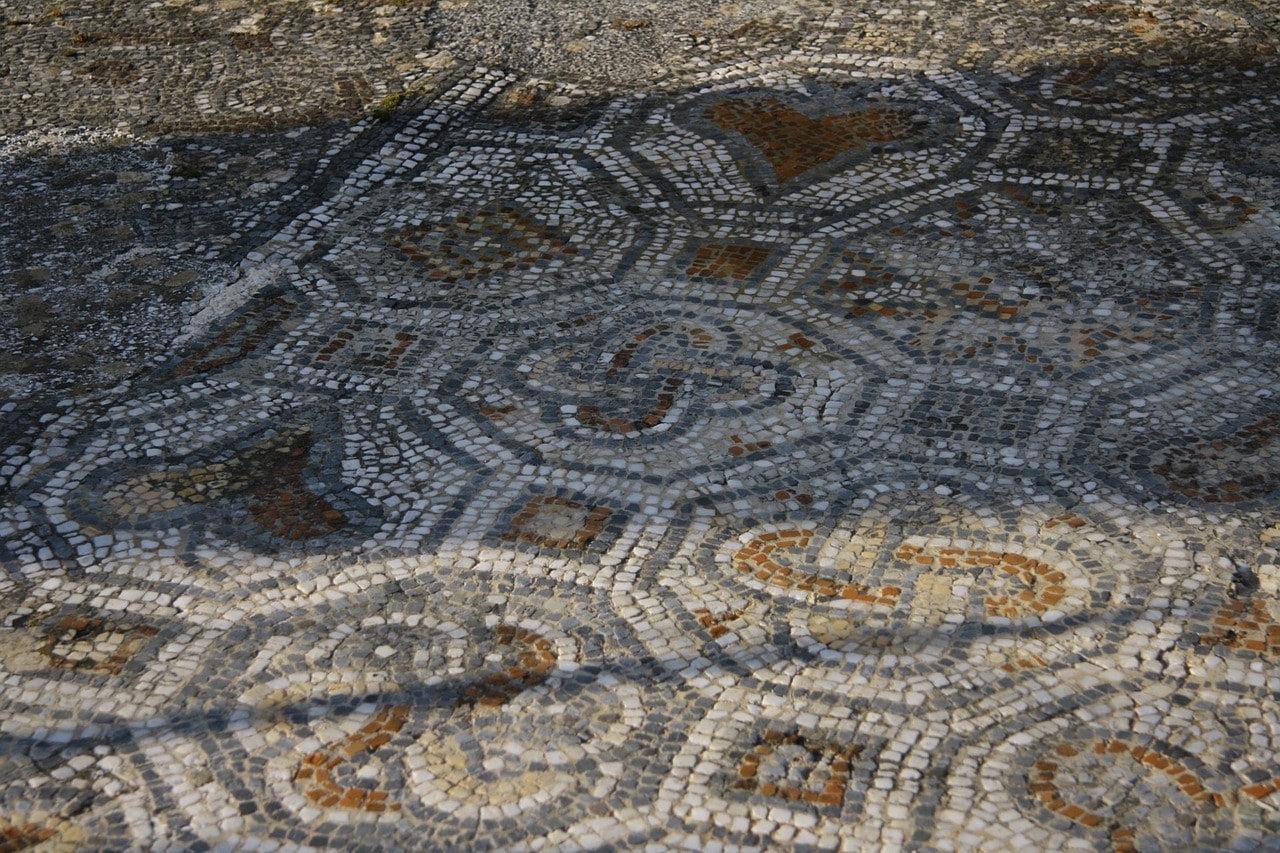 Image by PublicDomainPictures from Pixabay

Mosaics could depict important historical events or simply show scenes of everyday Roman life, such as family members or their pets.  Today, some of the best-preserved mosaics can be found in the city of Pompeii.

In ancient Greece, crafts such as vase painting were very popular. The Greeks created a style of vase-painting that is still well recognised today. You’ll notice the distinctive red and black colour scheme. 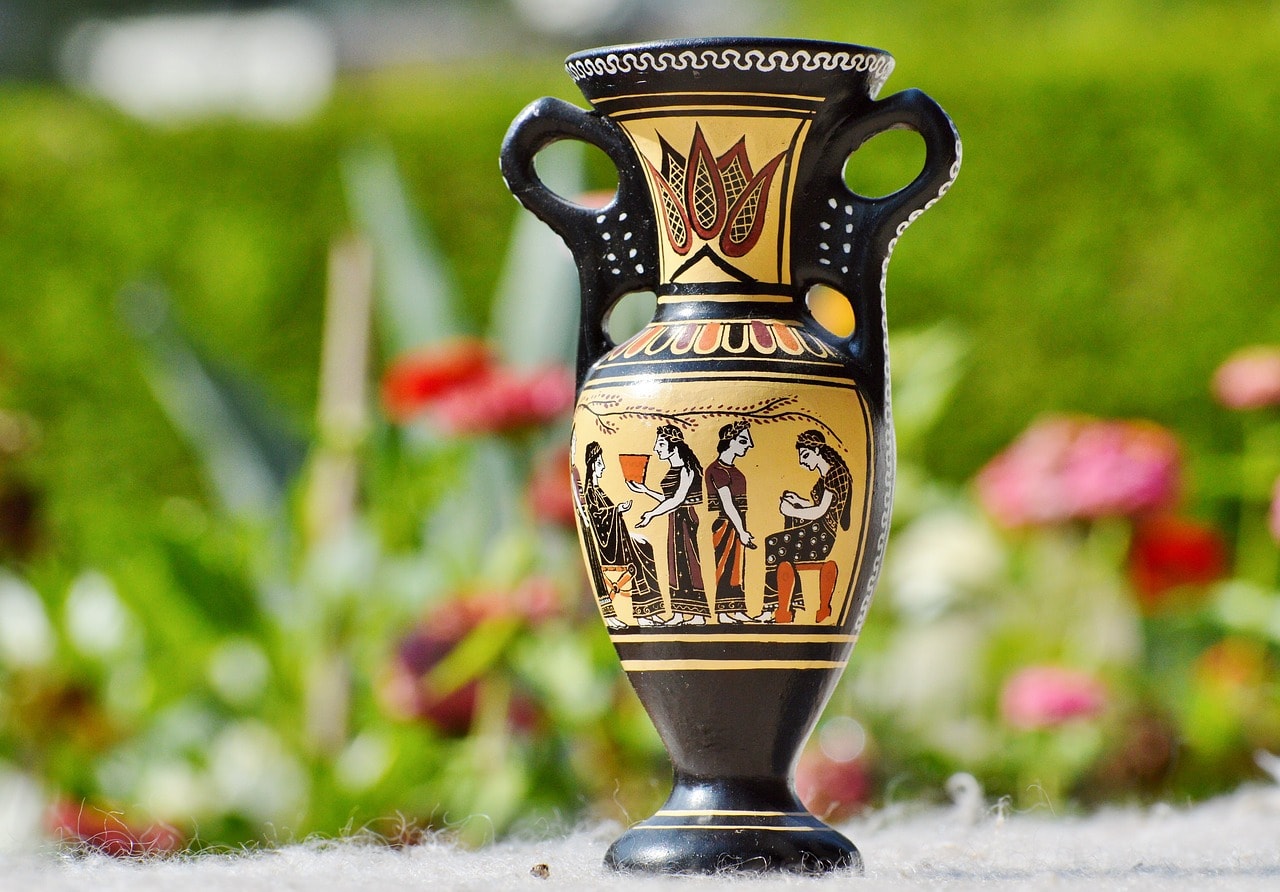 Image by Capri23auto from Pixabay

These vase paintings showed a range of different events: from sporting events and legends to scenes of everyday Greek life.

Although ancient Greek vases looked very impressive, they were made to be used in day-to-day life, not just to be looked at!

The Ancient Chinese were masters of ceramics, but also of many other different art forms.

More than just writing, calligraphy was considered to be one of the highest forms of art in ancient China.

The flexible brushes used for calligraphy were often made of animal hair, and calligraphers originally did their work on canvases made of wood or silk. Later, paper became the canvas of choice, after it was invented in China in 100AD. 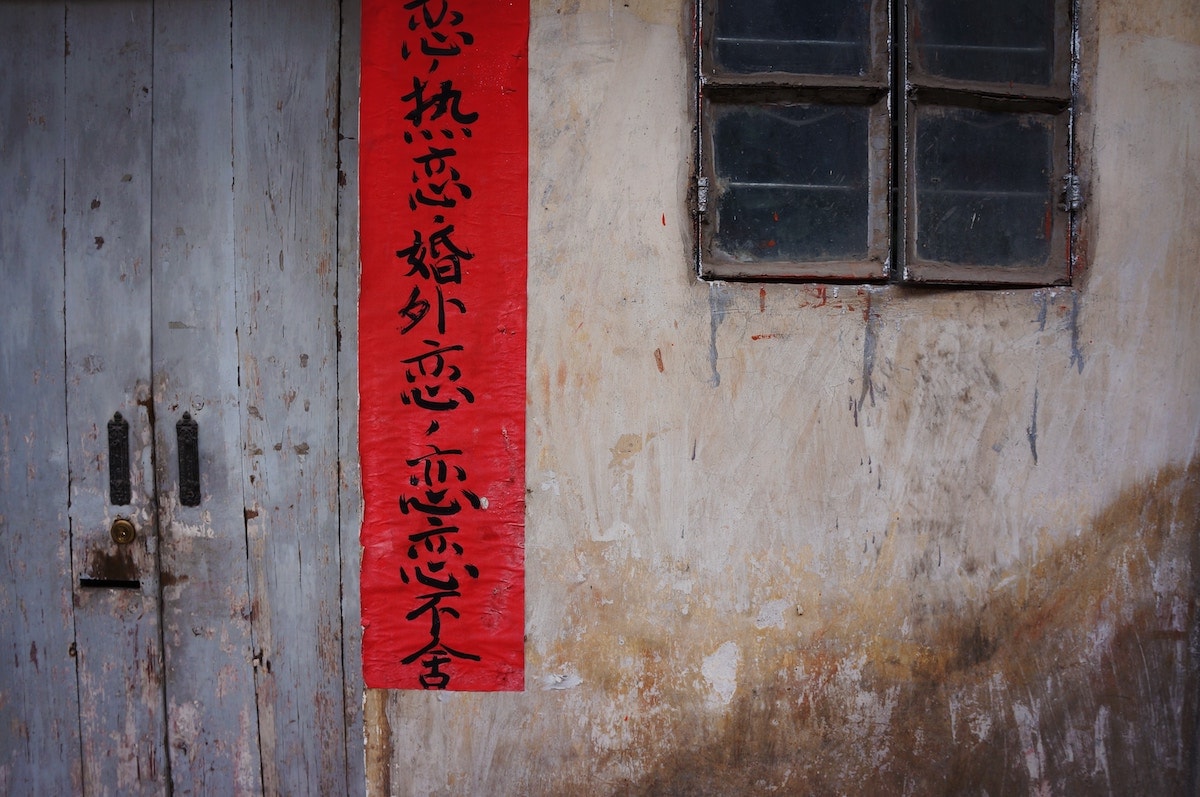 Photo by Sarah White on Unsplash

Pottery has existed in China for thousands of years. The first evidence of its use in China dating back to the palaeolithic era.

Although there is some debate around when pottery became an art form in China, it is thought to have been during the Han Period (from the 3rd century B.C to the 3rd century A.D)

Today, ancient Chinese ceramics are so incredibly valuable that a small dish (believed to be used for washing brushes) from the Imperial era of China was sold for a jaw-dropping £28 million!

Although there’s no evidence that they wore helmets with horns, we do know that the Vikings were not just fierce warriors, but also skilled craftspeople too.

Vikings were a dab hand at creating intricate carvings and metalwork, and are particularly well known for their jewellery.

The Vikings were skilled metal workers, and both Viking men and women wore plenty of jewellery; including brooches, rings, bracelets and necklaces. 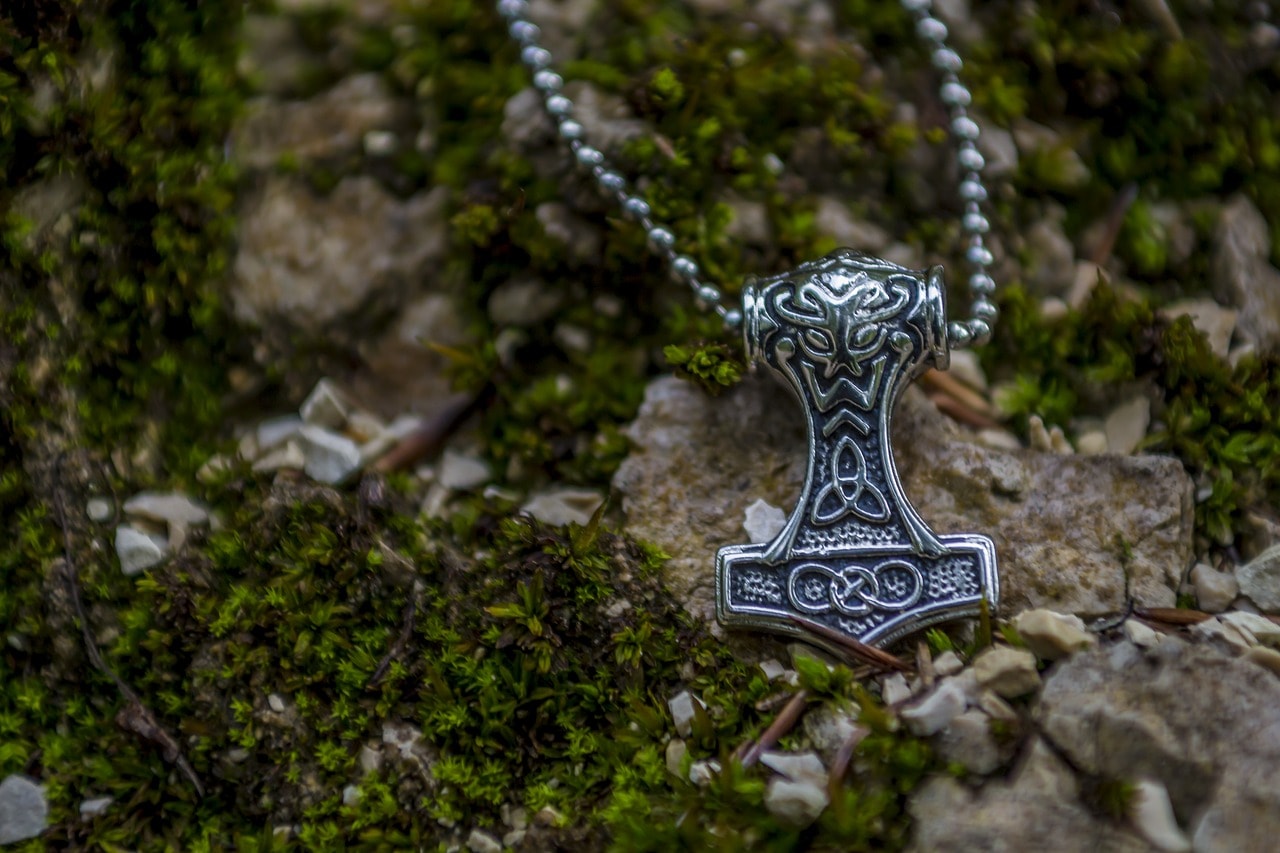 Image by Denny Franzkowiak from Pixabay

Vikings wore jewellery to indicate their status. Those of a higher status made their jewellery out of gold or silver. In contrast, those of a lower status used iron, pewter or even crushed up animal bones.

Viking brooches were used by both men and women to fasten clothing or for decorative purposes. Similarly to how pin badges are used today!

Viking carvings can be seen on everything from their impressive warships to miniature sculptures such as chess pieces.

Did you know that a recently discovered wooden chess piece carved in Viking era was auctioned at Sotheby’s for a jaw-dropping £735,000! 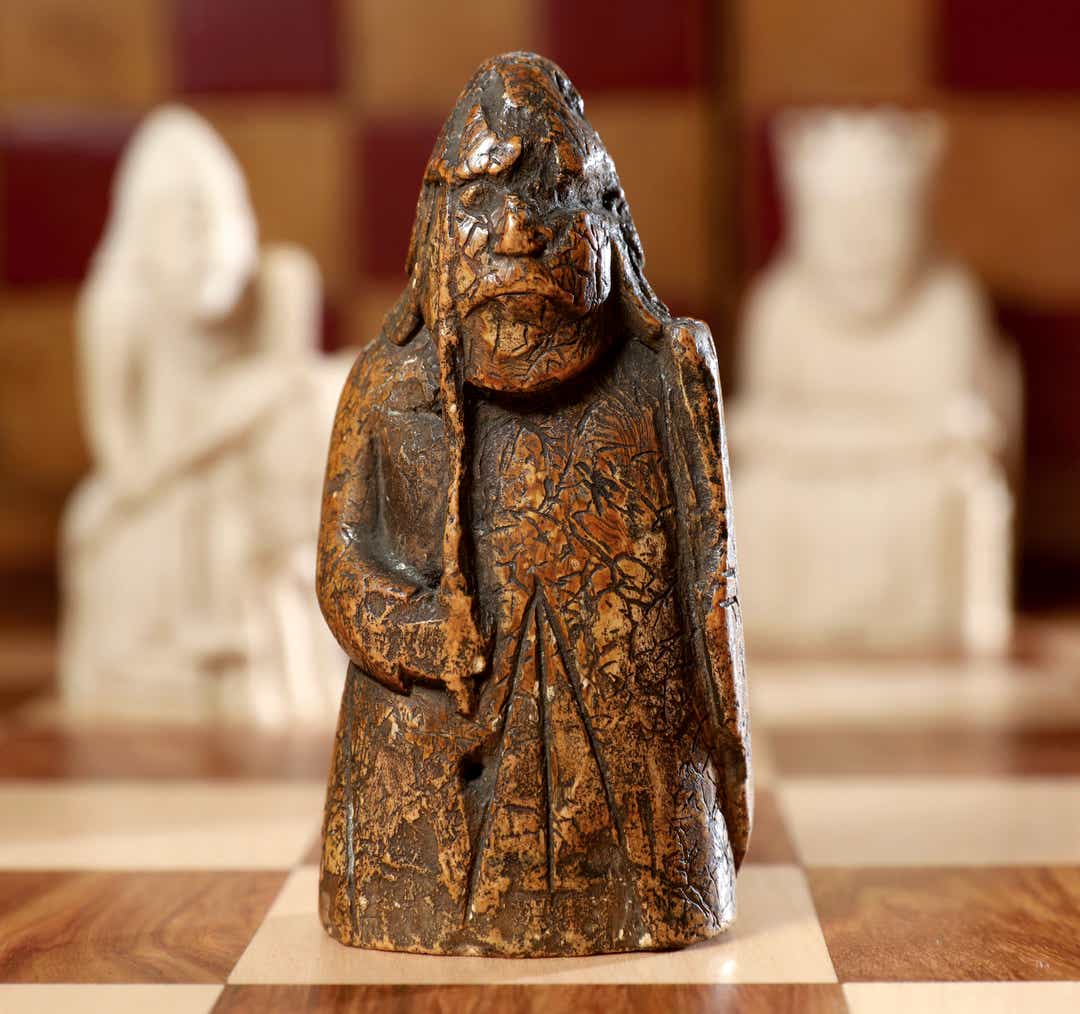 Image Source: USA Today. The medieval chess piece purchased for five pounds by an antiques dealer in Scotland in 1964 has been found to be one of the famous medieval Lewis Chessmen. (Tristan Fewings/Sotheby’s via AP)

If you’re feeling inspired after learning more about arts and crafts throughout the ages, why not take a look at our blog for some great DIY craft ideas.