Which souvenirs for the platinum jubilee?

Home » Blog » Which souvenirs for the platinum jubilee? 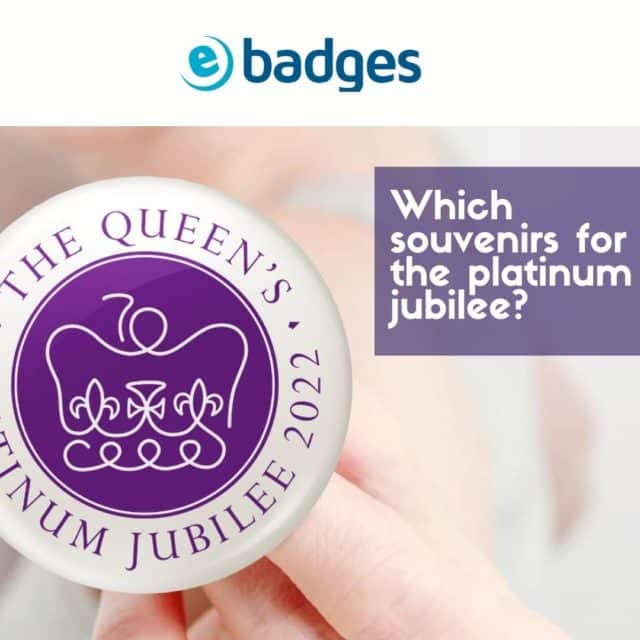 From June 2 to 5, London will celebrate the 70th anniversary of the reign of Elizabeth II. Here is some information and our recommendations to attend this platinum jubilee.

Queen’s Jubilee in London: the program

The historical festivities will start on June 2, with a parade “Trooping the Colour” (or “salute to the flag”). For the occasion, approximately 1400 soldiers, 200 horses and 400 musicians will participate in the event. The parade will start at Buckingham Palace and will march to the Horse Guard’s Parade, located at the other end of The Mall. The Royal Family will then parade in carriages or on horseback. The parade will conclude with the Royal Air Force flypast.

On the evening of June 2, lanterns will be lit in honor of the Queen throughout the United Kingdom, as well as in the British Overseas Territories and in each of the capitals of the Commonwealth countries. This tradition is called the Platinum Jubilee Beacons.

As the Queen is the Supreme Governor of the Church of England, a Service of Thanksgiving will be held on the morning of June 3 at St Paul’s Cathedral.

The cathedral will not be open to tourists, but will be open again in the afternoon. To visit, buy your tickets online (cheaper) or on site (if tickets are available).

With the tradition of horse racing firmly entrenched in England, Elizabeth II will attend the Epsom Downs Derby on June 4, along with members of the Royal Family. The event promises to be both festive and unifying. In addition, on the evening of the same day, the BBC will broadcast a special concert, live from Buckingham Palace. If we don’t know yet which stars will be among the performers, the atmosphere promises to be electric, and the line-up, prestigious. To be continued…

The Platinum Jubilee Pageant Parade will be held on The Mall, with Buckingham Palace as a backdrop, to bring the four days of celebrations to a close. This unique parade will combine street art, music, circus acts, theater, carnival and costumes. The event will bring together over 5,000 people from all over the UK and the Commonwealth. Watch it live on BBC One.

If you are visiting the capital, plan to stay in London (at least) one extra day after the celebrations, so that you can visit the capital more leisurely, away from the crowds that the Jubilee will move. June is a great time to walk the city in all directions, from Trafalgar Square to Leicester Square, Westminster, Covent Garden, Notting Hill and Tower Bridge – where, from June 1 to September 18, the Superbloom will see the moat of the Tower of London covered in a sea of flowers in honor of the Jubilee. Also consider visiting London’s many parks, perfect for this time of year.

In June 2021, a special competition, the Platinum Jubilee emblem competition was launched in collaboration with the Victoria and Albert Museum, the Design Museum and the Royal College of Art, to select the winning design to be used as the official emblem of the 2022 festivities. Edward Roberts, a graphic design student at Leeds University, won the competition and designed the Platinum Jubilee emblem. In June 2022, the Victoria and Albert Museum will exhibit the work of the winner of the competition as well as that of the 9 other finalists.

Which souvenirs to offer for the Platinum Jubilee

To mark this great celebration, you can create souvenir badges, magnets, key chains or bottle openers. Button badges are a great way to celebrate a special event because they are easy to make and can be customized to fit an event. Plus, they are a fun and unique way to show your personality and style. Button badges are used to mark occasions because they can be worn on clothing and are easy to see. They are also inexpensive to produce. At Ebadges, we ve created a pack that includes everything you need. The 58mm Micro Badge Maker  includes a circle cutter,  a perspex Cutting board, a bottle Opener and Magnet Components. Creating badges is a simple process that can be completed in just a few minutes. This video tutorial will show you how to create badges, magnets, or bottle openers in minutes.